Real estate transactions may be the main activity of a given company, constitute an additional aspect of its activities or be exclusively incidental. While in the first-mentioned case, due to the type of activity, these entities are aware of the limitations and requirements in real estate transactions, and these limitations are automatically taken into account in each transaction, companies that don’t buy or sale real estate often are surprised when it turns out that in order to close the transaction it is necessary to obtain approvals of the authorities. Such situation may even occur at the stage of notarial deed preparation, when the notary public, after obtaining all the documents, informs the parties that conclusion of the transaction is not possible or will be possible only after additional requirements are fulfilled. If the parties have already incurred the costs associated with the preparation of the transaction or want to transfer ownership quickly, this may come as an unpleasant surprise.

When preparing a real estate transaction, each company should identify limitations and requirements related to its conduct, which may occur both in terms of aspects relating to the company, its shareholders and the subject of the transaction.

Does the Polish company have the status of a foreigner within the meaning of the act on acquisition of real estate by foreigners?

This is the first question that needs to be answered. The answer to this question is not always simple.

Currently, there are many companies with foreign capital that operate on the Polish market. Natural persons who are not Polish citizens or legal persons or organizational units without such personality, which have their seat abroad, may in principle have the status of a shareholder in a Polish company.

Restrictions on the purchase of real estate may appear in any case when a potential buyer is classified as an entity with the status of a foreigner within the meaning of the Polish act on acquisition of real estate by foreigners (ustawa o nabywaniu nieruchomości przez cudzoziemców). If the buyer is a natural person who is not a Polish citizen or is a company based abroad, this qualification is quite a simple task. However, in the case of Polish companies with foreign capital, this issue may be problematic.

Pursuant to the act, a foreigner is also a legal person and a company without legal personality, having its registered office in the territory of the Republic of Poland, controlled directly or indirectly by natural persons not having Polish citizenship or by a company based abroad. In the case of a commercial company, a controlled company is considered a company in which a foreigner or foreigners have directly or indirectly more than 50% of votes at the shareholders’ meeting, also as a pledgee, usufructuary or under agreements with other persons, or have a dominant position within the meaning of the relevant provisions of the Polish code of commercial companies (kodeks spółek handlowych). Therefore, it may turn out that a Polish commercial law company is treated under this act as a foreigner.

In the case of capital companies without a complicated capital structure with several shareholders, it is usually not difficult to determine who has a right to vote and in what proportion. The situation becomes more complicated when it comes to the necessity to take into account the controlling relationship. It may consist, for example, in the right to appoint or dismiss the majority of management board member or members of the supervisory board. Therefore, establishing a dominant position may involve the analysis of a number of documents of a given company and may not lead to unambiguous conclusions.

Another example of difficulties in determining the status of a foreigner in a Polish company may be the example status of partnerships (i.e. mainly general partnerships and limited partnerships), where each partner, as a rule, has one vote. An example may be a limited partnership, where the general partner is a limited liability company (with Polish citizens as the only shareholders), where general partner conducts the company’s affairs and performs all legal actions on its behalf, and the limited partner is a foreigner who participates in the company’s profits in 99%. Each of the partners of a limited partnership formally has one vote, but the voice of a foreign limited partner is not necessary for the so-called activities not exceeding the scope of ordinary management. What in this case? Although intuition suggests that a partner entitled to a 99% share in profit is a “majority shareholder”, one cannot ignore the aspect that each partner, even entitled to almost all profit, has only one vote in the company (unless the articles of association state otherwise, which, however, is extremely rare). Practice shows that some lawyers may expect, for security reasons, to identify such an entity as a foreigner. Such action may lead to a situation where, if a company is considered “forcibly” as a foreigner (actually not being such a foreigner) additionally does not qualify for exemptions included in the act, it will have to obtain permit of a Minister in order to conduct transaction.

If the company has the foreigner status, it should be checked whether the company benefits from the exemptions provided for in the article 8 of the act on the acquisition of real estate by foreigners.

For example, it is not required to obtain a permit by foreigners who are citizens or entrepreneurs from the countries that are parties to the Agreement on the European Economic Area or from the Swiss Confederation. This is the most important statutory exemption and in this context, it is worth to mention the justification of the Polish Supreme Court’s decision of May 21, 2010 (II CSK 641/09). The Supreme Court indicated in that case that although company is a foreigner within the meaning of the act on the acquisition of real estate by foreigners, at the same time this company has its seat is in the territory of the Republic of Poland. Thus, this company “remains an entrepreneur of the country – party to the agreement on the European Economic Area of ​​May 2, 1992.” As the result of that such company is not required to obtain the Minister’s permit to purchase real estate.

Another example of exemption is for example the purchase of the residential unit together with garage. In such case, even a company based in the United States will be able to purchase such real estate.

Acquisition of real estate can take place not only by way of contract of sale, under which the ownership (perpetual usufruct) of real estate is transferred from one entity to another. Indirectly, real estate may be acquired as a result of ownership changes in a company and this aspect should not be disregarded. In particular, in the light of the fact that in the Polish company shares in a joint stock company are transferred on the basis of agreement concluded in written form and shares in limited liability company are transferred on the basis of agreement on which signatures have to be certified by a notary.

Pursuant to the act, a permit is required to acquire or subscribe for shares and any other legal action relating to shares in a commercial company based in Poland, being the owner or perpetual usufructuary of real estate located in Poland, if as a result of the acquisition or subscription the company becomes a controlled company or the company is already controlled company, and the shares are acquired by a foreigner who is not a shareholder.

Concluding the above with the justification of the decision of the Supreme Court, it seems that a Polish company, whose controlling shareholder is an American citizen, will be able to purchase real estate using the exemption included in the act, but the acquisition of a controlling stake of shares by an American citizen in a Polish company, which company is owner of the real estate probably will require obtaining permit.

Another important restriction that has significantly influenced real estate trade in Poland for the past several years, occurs in the situation when real estate is an agricultural property. These restrictions were introduced on April 30th, 2016 and were significantly amended on June 26th, 2019. Polish act on the structuring of the agrarian system (ustawa o kształtowaniu ustroju rolnego) introduced a strictly defined group of allowed buyers of agricultural real estate and the rules for their acquisition. For example the buyer should be: an individual farmer, a close person to the seller, a local government unit or the Treasury. Private companies are not included in any group of allowed buyers mentioned in the act, and thus the acquisition of agricultural real estate by them, although possible, requires in most cases the approval of the General Director of National Center for Agricultural Support (Krajowy Ośrodek Wsparcia Rolnictwa, in short KOWR).

Determining whether the property is an agricultural property

It should be noted that even if a part of the property is agricultural, because, for example, it consists of five plots, one of which is marked as arable land, and at the same time the property is not covered by the local spatial development plan, then the whole land is treated as agricultural property. Consequently, if it is not subject to exemptions listed in the act, its acquisition will require the consent of KOWR.

It is worth adding that in the scope of the performance of this obligation, KOWR has power of control, which can be exercised either by entering the agricultural property or by requesting written or oral information, as well as by requesting presenting and sharing documents.

Transfer of shares in companies that own agricultural real estate

What does this mean from the point of view of parties that, for example, want to sell shares in a limited liability company that owns agricultural real estate that has over 5 ha? First of all, the parties have to conclude a conditional share sale agreement and inform KOWR about it, which – if it decides to use the pre-emption right – will become a party to the agreement and a shareholder of the company. Together with the agreement, parties are required to submit to KOWR a number of documents regarding the company in which shares are transferred, such as the balance sheet, profit and loss account for the last three financial years, the current list of shareholders, company’s articles of association and statement of the management board on the amount of contingent liabilities. Moreover, KOWR currently has two months to exercise the pre-emption right, which significantly extends any personal changes in companies that own agricultural real estate.

Finally, it is also worth to mention about one more limitation in real estate trading. It results from the Polish real estate management act, which provides borough pre-emption right in the event of sale of undeveloped real estate previously purchased from the Treasury or local government unit, and in the event of sale the right of perpetual usufruct of undeveloped land, regardless of the form of its acquisition. In this case, the parties are required to conclude a conditional agreement, and the final acquisition of the property will only be possible if the pre-emption right is not exercised.

Thus, it is important that planning the purchase or sale of real estate takes place not only in terms of business, but also in legal terms. 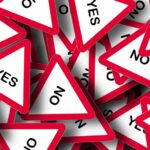 Shareholders meeting
Next article >
How to change board member’s last name in s24 system? 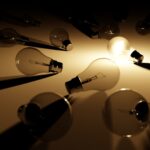 The website requires JavaScript to be enabled in the browser to work properly.